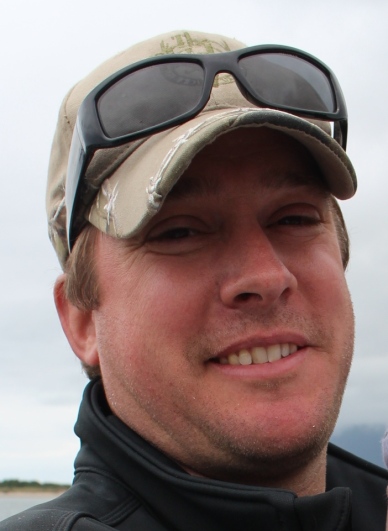 Kristian Thordarson, owner of Thordarson Construction, specializes in high-end full-home remodels, but in 2015 he dipped his toes into the ADU world and now he’s excited to jump in. Kristian first learned about ADUs while doing some work for a client a recently. Since then, ADUs have “become a hot topic in the Portland area,” as Kristian puts it. (Read Why Does Portland Have ALL the ADUs? for more on that.)

As Kristian saw the rise in popularity of ADUs he became curious about creating one. The opportunity presented itself when Keith Pitt and his wife Stephanie Mix approached Kristian about converting their historic garage in the Irvington neighborhood into an ADU for Keith’s mother. (See the full story at Sharon Nielson, Keith Pitt & Stephanie Mix’s ADU: A Miniature Mansion.)

“We said ‘yes’ to the ADU because we thought it was a unique project. Trying to turn a small space into a full-time living unit seemed like a fun challenge, and it was. We’d love to do more. We have a client who’s having one designed now.” – Kristian Thordarson

As a design-build company, Thordarson Construction is able to provide services from design and engineering through permitting and construction. As he designs an ADU, Kristian pays careful attention to the specific area in which the ADU will be located, making sure the ADU fits the location in both size and aesthetics.

“We try to make it feel like the ADU fits in. We don’t want it overwhelming the lot. We want it to match the home, match the area, and match the owner’s taste. Sometimes that’s a traditional look and sometimes it’s a more modern flare. In my mind, it’s really up to the client. I’d be willing to design and build whatever a homeowner likes, but I prefer that they look like they’ve always been there because then they don’t stand out like a sore thumb.” – Kristian Thoradarson

Kristian explains that this challenge of making an ADU fit into the neighborhood is compounded by the equal challenge of fitting everything necessary into the ADU.

“We also need to fit all the comforts of a normal home into a smaller space. We’re using areas vertically whenever possible. For instance, in the Nielson ADU we installed a stacked washer/dryer, a tankless water heater, and linen storage all in one closet. In the kitchen we added a tall pantry and a Portland island and in the bedroom we used a closet organizer to make the space more efficient.” – Kristian Thordarson

His favorite small space design tricks are incorporating vaulted ceilings, eliminating small rooms, and keeping the spaces as big and open as possible. In addition to space-efficient design, Thordarson incorporates energy-efficient features and appliance. They use ductless mini-split heat pumps and high efficiency lighting, including mostly LEDs. Futheromore, if Thordarson deconstructs an existing structure such as a garage to locate the ADU on that site, they often salvage materials to reincorporate into the build because it adds historic value.

As they shift into the building phase, Kristian notes that the biggest challenge of constructing an ADU is working on an infill site in a dense urban neighborhood.

“You’re working typically in a very small area. The reason you’re putting in the ADU is because there’s limited space. Typically, they’re very close to a property line so you’re also near other homeowners. You have to consider the impact on neighbors, as well as access for the homeowner. One thing we did for the Nielson ADU was that we adjusted our schedule to start a little later in the morning because we wanted to make sure neighbors around were okay with it.” – Kristian Thoradarson

“We really enjoy being able to work with the homeowner through the build and have them be as hands-on as possible. It’s fun to work with them and take their dreams and vision and make it a reality. As they walk through the space while it’s under construction they watch the growth and we get positive feedback. We like being a partner with a homeowner.” – Kristian Thoradarson

So what advice does Kristian have for homeowners considering creating an ADU on their own property?

“Make sure that when you consider creating an ADU, you team with someone who has done one before and understands the pitfalls. It’s ideal if they have access to designs they’ve used before. Consider teaming with a design-build company because they understand that a design needs to be buildable. Understand the footprint you have to work with and make sure you can fit everything into the footprint. And, of course, determine what the overall use of the space is going to be.” – Kristian Thordarson