Over 500 people signed up for the early bird registration, and by the time 800 people registered five days before the event happened, we realized that we had to cap registration. By the day of the event, there were over 150 people on the wait list. People flew in from Montana, British Columbia, and central California to attend this $30 event. Wow!

So, we really want to apologize to anyone who weren’t able to get in. It was a very difficult decision for us to turn people away, but we wanted to make sure that attendees were able to view each ADU and have good access to the homeowners, builders, and designers.

For those who made it, we’re glad that you were able to attend. Based on the 100+ feedback forms we’ve received so far, 91% of attendees rated the event a 4 or 5, which is a huge success.

92% said that if they’re planning to build an ADU in the next couple years, this tour helped them figure out some strategies to accomplishing this. 85% want to attend an ADU Tour again.

Based on our preliminary counts, ADUs on the tour were visited by 400-650 people throughout the day. Caravan is planning to run an ADU tour again. So, if you want to be among the first to know about it, sign up to receive the AccessoryDwellings.org posts or Caravan newsletter posts by email.

Here’s an album of images that Dirk Knudsen, an attendee, took of 8 of the ADUs on the tour. Here’s a news video piece that KOIN 6 News did about the tour today.

Here’s some pictures from the ADU Networking event hosted at Caravan- The Tiny House Hotel. 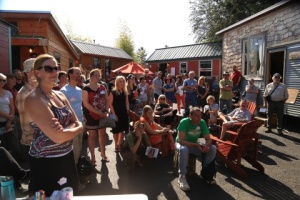 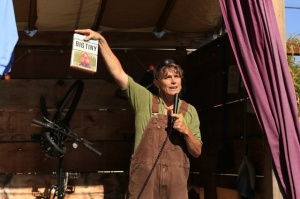 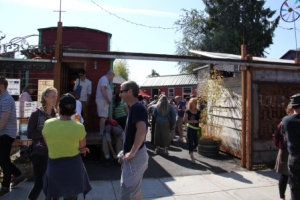 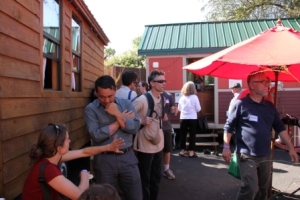 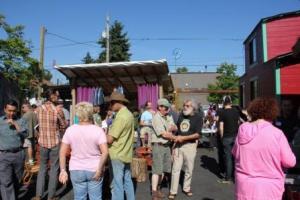 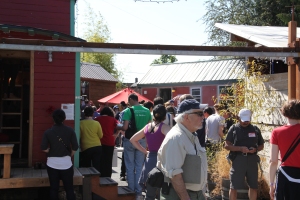 This entry was posted on June 2, 2014 by Kol Peterson in Events, News.