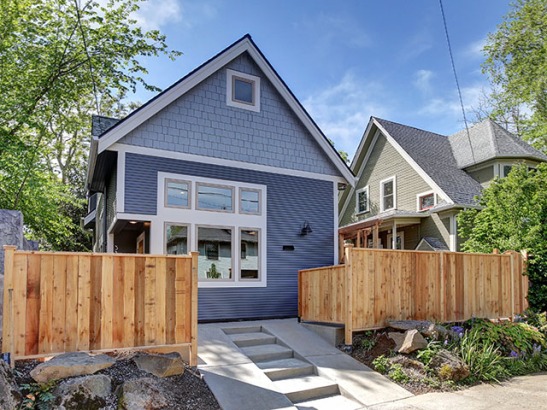 “Being on a corner lot, our old garage always seemed like the perfect site to build something entirely more useful. We decided to build an ADU to maximize the potential of the lot, for use as a rental, with the idea that the two of us could live there after the kids are grown up and gone.” – Natalie Strom 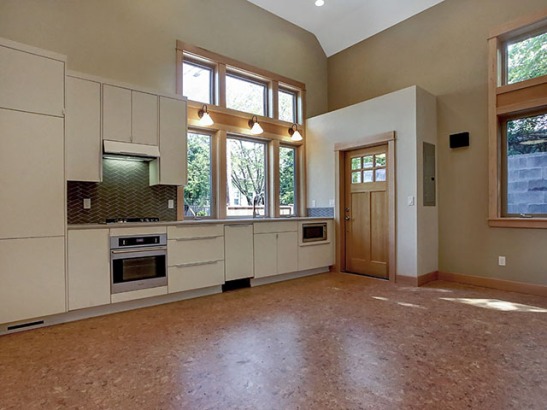 Natalie and Justin Strom first learned about ADUs through a contractor friend who pointed out the temporary waiver of system development fees for ADUs in the City of Portland. Their friend Carrie was the designer.

“The three of us as a team got very inspired by a class and tour in Portland about ADUs and the potential lifestyle flexibility they offered. As a busy family, we are inspired to find alternative ways to bring in income while also having flexibility for our kids.” – Natalie Strom 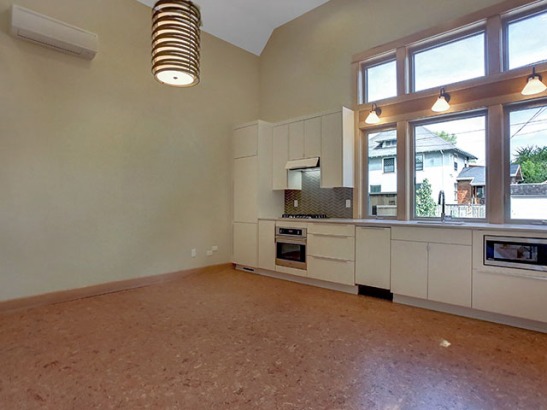 The ADU was funded through a home equity line of credit and family gift money. Natalie and Justin pulled all of their resources together to make this project happen.

Major design considerations included creating a feeling that their ADU is more like a single family home than an ADU and fitting the ADU into the aesthetic of the traditional neighborhood while bringing in modern elements in the interior. It was also important to Justin and Natalie that the design be flexible enough to allow for multiple use and that they utilize sustainable and energy efficient building materials and techniques.

They feel that they were successful in designing and building an ADU to meet these criteria. Design elements such as fir trim, high end light fixtures, and a European kitchen the ADU feel luxurious. 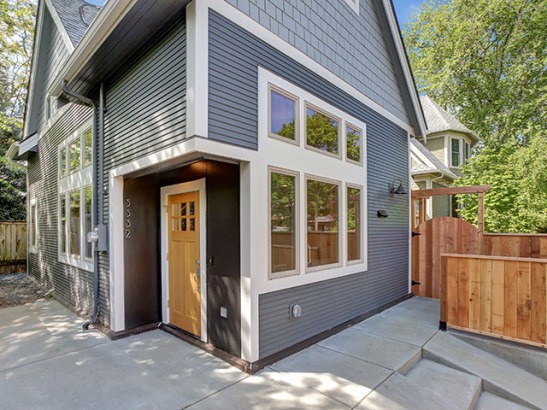 “We are super happy with how private the ADU feels. Carrie designed it for ultimate privacy in the yard of the main house. We are still left with plenty of yard and a great patio for entertaining to our hearts content, without feeling like we’re in someone else’s space. The ADU has rooms that are just the right size for people to flow throughout the space comfortably. The large windows and high ceilings create a sense that the space is quite large. Having two full bathrooms in a small house is pretty great too!” – Natalie Strom

Natalie and Justin’s biggest challenge was losing the off-street parking space. They wanted to maintain the curb cut at the street to allow for a tiny electric car, but we were unable to do that per city code. 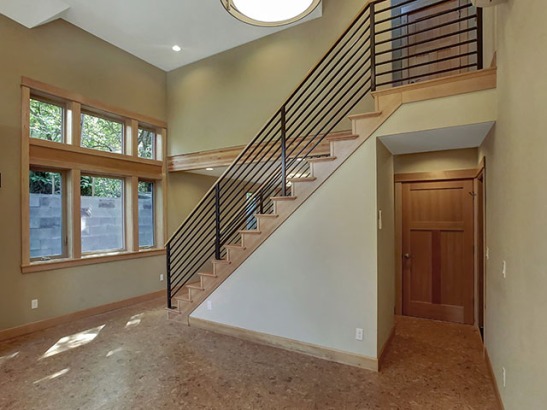 “Our corner is quiet on weekdays, but fills up on the weekends.  The other big challenge was the flooring. We had a terrible time getting finished concrete floors to go in correctly. We learned that there is much more to it than we expected. We ended up with cork on the main floor instead, and we’re very happy with the warmth and sound dampening they offer. They look great, too!” – Natalie Strom

If they had it to do over again, Natalie says they would have prepared more initially for design decisions. 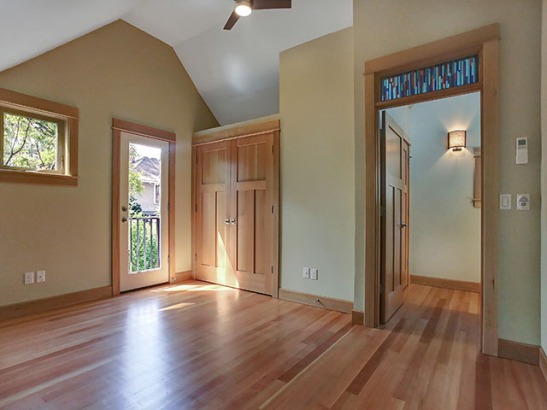 “The design decisions were mostly done during construction, which became something like a full-time job for us as homeowners. If we had done more preparation, our budget would have been more realistic as well. We went above and beyond with energy efficiency, insulation, and quality materials. I think we won’t regret it, because this ADU is built to withstand the decades and rises to the high and growing standard of our neighborhood.” – Natalie Strom 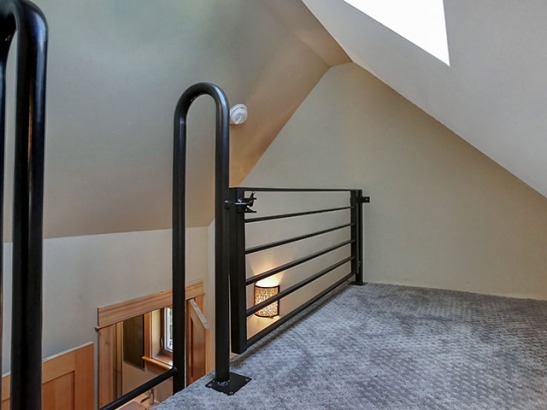 Justin and Natalie had initially anticipated using the ADU as a short-term rental. They may still do that in the future, but for now the ease of a long-term rental is more appealing.

“In the future, the two of us will hang our hats there while we rent out the main house and travel the globe.” – Natalie Strom

Natalie welcomes questions via email if you’d like to learn more about their project.