The Second Coming of Detached ADUs in Portland

This post is Part V in the series The Death of Detached ADUs in Portland and What To Do About It. ( Part I, Part II, Part III, and Part IV are also available)

Readers of this series about the taxation of ADUs in Portland may notice a positive tone change in the previously dire series title- The Death of Detached ADUs. That’s because April 26th, 2016, the Oregon Department of Revenue (DOR) issued a draft rule that unflinchingly steers Multnomah County Division of Assessment, Recording & Taxation away from its misguided ‘rezoning’ interpretation of detached ADUs, an interpretation that had spurred dramatic tax hikes for some ADU owners. This DOR rule supersedes the arbitrary interpretation that had caused detached ADUs to trigger a property reassessment- the interpretation which has caused a dramatic ADU development chilling effect in Portland in the last 6 months.

The rule explicitly forbids county assessors from classifying a property as ‘rezoned’ when an ADU or any other accessory structure is added. 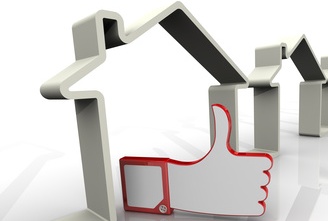 Moving forward, ADUs across Portland (and all of Oregon) will not trigger scary and unpredictable tax increases.

The rule puts an end to the ADU Taxation Debacle, once and for all.

A tax assessment after adding an ADU will still result in significant tax increases (just as it always had), but the increase should be relatively predictable and within reason. It was only starting in tax year 2015/2016 that Multnomah County had arbitrarily changed the interpretation of Oregon’s tax law without warning. ADUs from previous years were not impacted by Multnomah’s odd interpretation, and with this rule, ADUs in future years will not be impacted.

As of 2013, the average property tax increase had historically been $1,134/year after the addition of an ADU. Moving forward, the tax increase for properties with a new ADUs will depend on the County’s assessment of the contributory value of the ADU. The increases shouldn’t be dramatically different than the tax increases shown here.

Here is the draft rule, which has a public comment period till June 23rd, 2016. Feel free to post your feedback about this draft rule in the comment section below. You can submit formal feedback to the Oregon Department of Revenue directly. I would encourage city planners to give this draft a careful review, to ensure that this draft aligns well with common interpretations of zoning laws.

DOR wrote roughly 20 drafts to get the rule draft to this stage- so a close version of this draft rule seems highly likely to stick. The rule provides a very clear codification of the property tax impacts for ADUs. Under this new rule, homeowners would no longer have to deal with the lack of predictability caused by Multnomah County Division of Assessment, Recording & Taxation’s novel interpretation of Portland’s zoning laws- an interpretation which has caused many Portland homeowners tremendous angst over the last six months.  This new DOR interpretation results in homeowner certainty and predictability regarding the property tax repercussions of the ADU development process.

To figure out what the tax impacts of an ADU (or any other permitted property improvement) would be under the improvement method, multiply the ADU’s assumed contributory value by the Changed Property Ratio (~0.59411), then by the current property tax rate (0.02365). Or to make it really simple, just multiply the ADU’s assumed contributory value by 0.014. This simple multiplication will give a general sense what the ADU property tax impacts are likely to be:

But, don’t take this calculation as gospel, as both the Changed Property Ratio and the tax rate will vary to some degree. Call the County to get an authoritative estimate. You’ll have to provide an assumed contributory assessed value of the ADU in order for them to give you a good estimate.

With this improvement taxation method, ~$1,400 would be the tax increase from a $100K ADU, no matter where you live or what your current property taxes are. This simple, fair tax treatment is so obvious–it’s amazing it took eight months of bureaucratic struggle to steer our way back to this method.

While the rulemaking is not yet final, I feel fairly confident at this point that, moving forward, all ADUs owners are safe from the unjust treatment that new ADU owners suffered this tax year. Rest assured that that we’ll stay vigilant and will post on this blog if the process seems to be going dramatically awry for ADUs again. But, based on my sense of DOR’s rulemaking process and conversations with DOR staff, I truly don’t expect that to happen.

ADU owners are, by nature, a disparate group. It is a cottage industry- except there’s really not even an industry. No major company or organization represents ADU owners. And up till recently, ADU owners in Portland haven’t ever had a reason to know one another.

But, in the face of sudden and formidable political adversity, which threatened the very future of the detached ADUs that many here cherish and value as an important element of the future of Portland’s housing—there had been an rapid need for ADU supporters to collectively act as a political community.

An underlying narrative of the tale of this year’s gut-wrenching ADU Taxation Debacle is about the importance of civic engagement in local politics and in the oversight of changes in administrative processes.

Born from an unassociated group, the expedient political galvanization of detached ADUs owners and advocates, has been an interesting lesson in modern self-organizing and political self-determination. As an unaffiliated group, the adversely impacted ADU owners have nonetheless been extremely effective at mobilizing as a grassroots organizational entity- a feat only made possible by new technology and collective intellect.

This draft rule is a triumph of a grassroots movement that has prevailed against an opaque governmental agency and a convoluted governmental system. This is a win of people against bureaucracy.

In the fall, the immediate mobilization of some members of the detached ADU stakeholders Google Group even helped to play a key civic role in maintaining the integrity of the Accessory Structures Zoning Code Updates. As a result of the stakeholder email barrage to elected officials that quickly precipitated late in the evening of November 17th, City Commissioners decided not to adopt a counterproductive, last minute amendment to the zoning code update that would have hurt the development of small detached ADUs that following morning.

It would have been impossible to coalesce and quickly organize this totally disparate, unassociated group of 100+ ADU owners without the Google Group that had formed initially as a tool to self organize after the first in-person ADU Taxation Debacle meeting for effected homeowners in early November.

Civics lesson for citizen stakeholders who may also share a common interest: Self-organize via a free website so that you can galvanize efforts when needed.

Thank You’s to Those Who Helped

For those who spoke out to any authorities about what Multnomah County Division of Assessment, Recording & Taxation was doing to help raise awareness of this injustice, thank you.

For those in the Google Group who emailed the County Commissioners and DOR, thank you.

Portland Tribune, thank you for investigating and reporting the real story.

Oregonian editorial board, thank you.

To my sources, contacts, and colleagues in governmental agencies who helped along the way, thank you.

Representatives of lobbying organizations who took the time to understand and communicate how this complex and nuanced taxation interpretation would effect their members, even if the connection with your group to this particular ‘ADU’ issue didn’t make much sense at first: Oregon Association of Realtors, Oregon Chapter of the American Planning Association, and the Oregon Mortgage Bankers Association- thank you.

And Oregon Department of Revenue, thank you for actually listening and responding to these angry citizens and confounded stakeholders.

It would be reasonable if the 100+ detached ADU owners who suffered the results of this terrible surprise ‘rezoning’ interpretation were refunded in full as a token apology for being unfairly and arbitrarily entwined in this property taxation debacle.

Once this rule is final, the governmental bodies responsible for the damages caused by the unlawful interpretation, should reach out a symbolic olive branch to those adversely effected citizens, by automatically revoking the 2015/2016 reassessments and refunding the 2015/2016 overpayment. This type of gesture would help restore a semblance of faith in the government agencies that instituted this terrible debacle in the first place.

This is a basic act that any private company or organization is expected to make if they commit an error that causes undue harm and damages.

Such financial restitution would break protocol, I’m sure. But, in my opinion, this whole ADU Taxation Debacle was instituted in error by Multnomah County Division of Assessment, Recording & Taxation, and condoned in error by DOR, breaking a far more significant protocol by suddenly contorting the common meaning of significant terminology of the Oregon Constitution.

With a clear path established for ADU development for the next two years, and a huge need for more small housing stock in Portland, it’s an especially good time to build an ADU. As a result of the City’s recent two year SDC waiver extension, ADUs should experience very rapid growth for the next two years. 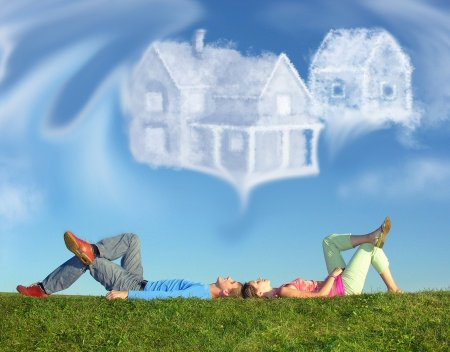 The Second Coming of the ADU in Portland

Many homeowners have experienced rapid property value inflation over the last couple years due to the insane real estate market, and may now have access to sufficient financing for ADU construction through a HELOC even if they did not have sufficient home equity to build an ADU a year ago.

This is a time for aspiring ADU owners to celebrate. And, for those who’ve been waiting on the sidelines, this is the time to (re)start your ADU development process.

11 comments on “The Second Coming of Detached ADUs in Portland”

This entry was posted on April 27, 2016 by Kol Peterson in Financing, News, Taxes and tagged financing, property taxes, SDC.