There are more ways to create an accessory dwelling unit (ADU) than I could have imagined when I first started the ADU Case Studies Project in the winter of 2013. I knew, for instance, that people were converting their detached garages into mini-houses, turning their basements into apartments, and adding backyard cottages. But I didn’t realize that there were so many other ways to create an ADU.

Many of these ADUs are possible because the owners were committed to thinking outside the box to find creative solutions to address their family’s needs and desires. In many cases, they are also the result of creative and thoughtful interpretation of ADU regulations on the part of permit counter staff who appreciated the intent of the project and helped figure out how to make it possible. We’re grateful to all of you for these fascinating examples!

Here are the 10 most interesting examples of Creative ADU Types I’ve encountered: 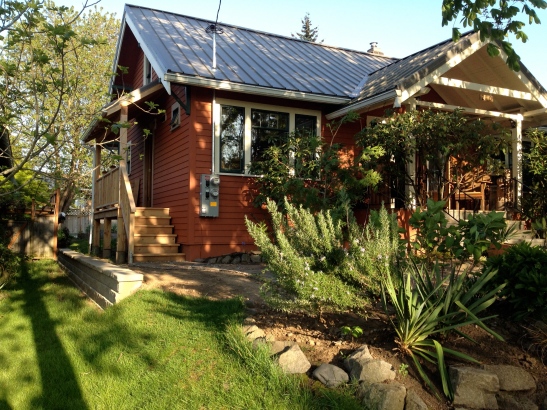 Joan Grimm & Rita Haberman’s ADU: Carving Out a Studio: Joan Grimm and Rita Haberman found that they weren’t using their spare bedroom and guest bath very often so they worked with RS Wallace Construction to wall it off, add an exterior entrance, and turn it into a tiny studio. 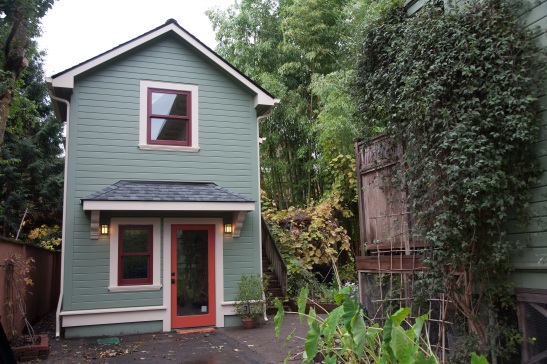 Barbara Gundle’s ADU: A 2-Story Garage Conversion: Barbara Gundle’s garage in the historic Irvington neighborhood had a second floor studio that was underutilized. Barbara worked with Jack Barnes Architect and Birdsmouth Construction to transform it into a guest house that she will someday move into herself. 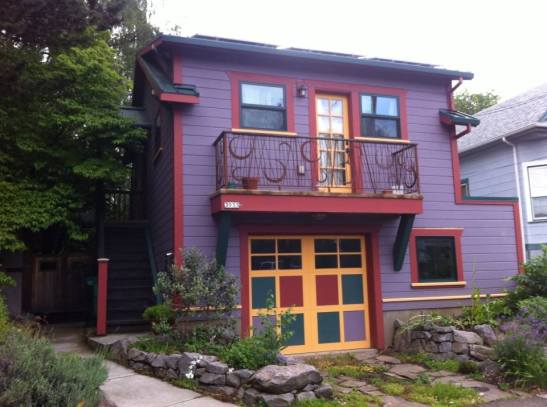 Golden-Casterline ADU is located in front of the primary dwelling 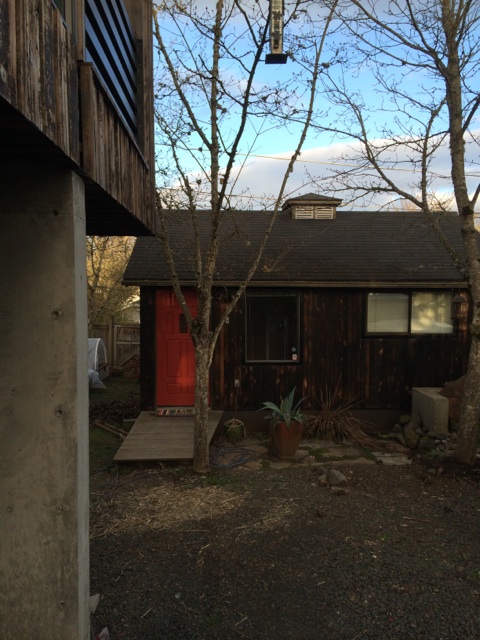 Caleb & Tori Bruce’s ADU: Existing Home Becomes Secondary Dwelling: Caleb Bruce purchased a lot with a tiny house and plenty of room up front to build his dream house. He ended up converting the small house into an ADU for the big house. 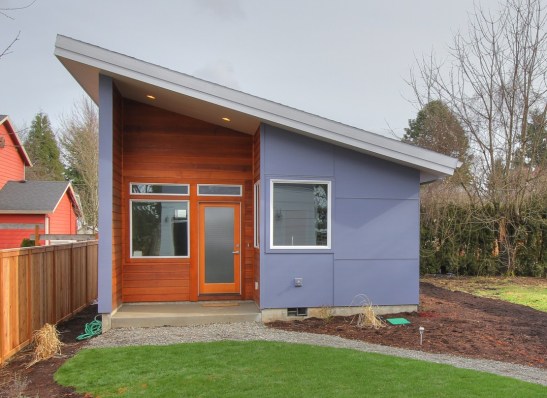 Kristy Lakin’s ADU Community: Woodstock Gardens: Kristy Lakin worked with Ethan Beck Homes to develop a piece of property with 3 primary dwellings, each with their own ADUs. She then divided the lots to sell them separately – and she found the ADUs sold faster than the primary dwellings! 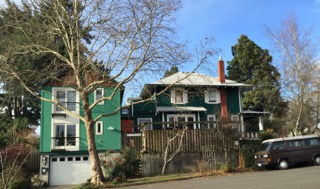 Bob & Adrienne Stacey’s Future ADU: Well-Planned Beforehand: Bob & Adrienne Stacy built a future ADU above Adrienne’s pottery studio which is connected to their primary dwelling. Someday they plan to convert the studio so that this unit can become an ADU. Even now having a little extra wiggle room is great since their kids and grandkids live in the house, too. 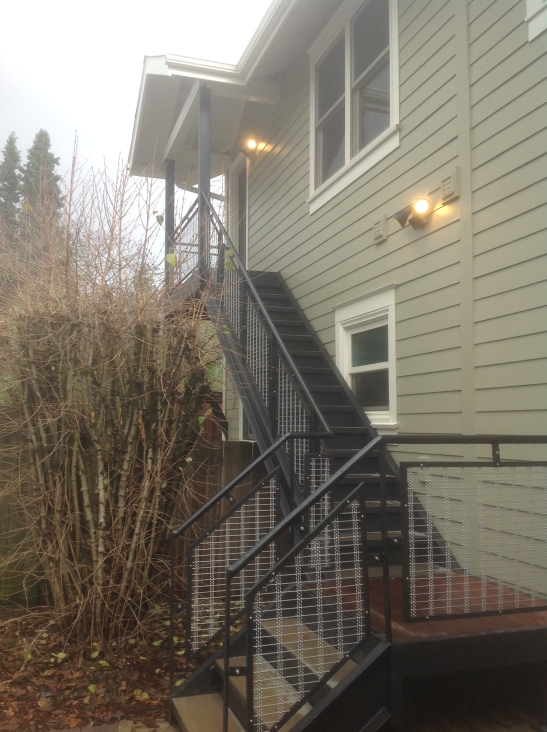 Richard Wallace’s ADU: After having plans drawn up for a detached ADU on his own property, Richard Wallace, owner of RS Wallace Construction, determined he didn’t want to give up his backyard. Instead he created an addition on top of an existing one-story section of his home. The provided access to this second-story ADU addition via an exterior entrance. 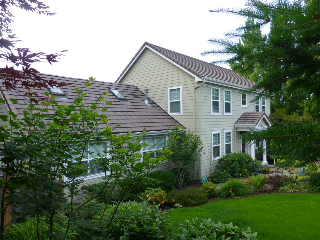 Bob & Jenny Harris’s ADU: A Mother-in-Law Wing: Bob & Jenny Harris purchased a home that would allow them to add an addition that could serve as a mother-in-law suite. This set up works splendidly for their extended family, particularly during holidays and game days when the whole family shows up. 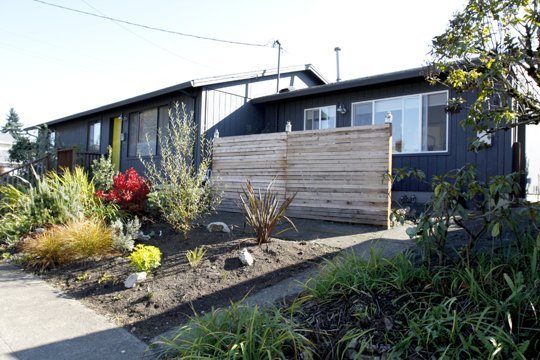 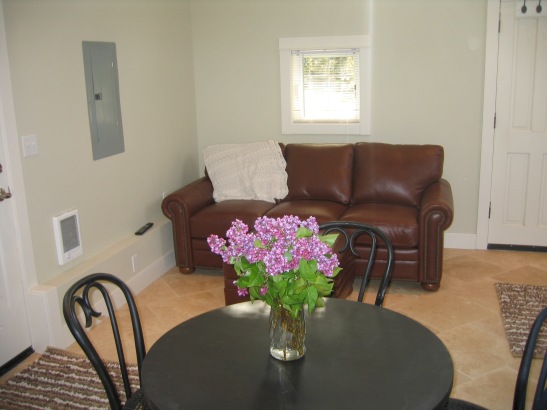 Sheila Butler’s ADU: From Shack to Guesthouse: Sheila Butler purchased a property with an existing shack and transformed it into a livable space where she and her family of 5 lived while remodeling their primary dwelling. They now use it as a guest house for visiting family and friends.