What are the barriers to ADU development?

[This is the 11th post in my 13-part series on accessory dwelling unit research and policy. See the series intro and table of contents.]

“Laneway houses,” “granny flats,” “multigenerational homes” — no matter what you call them, ADUs have been on the cusp of being the “next big thing” for thirty years. Periodically they are rediscovered by some interest group (from AARP to preppers) and it seems like they are about to explode into bloom all over the country.  But then they don’t.

It turns out there are dozens of barriers in the way of a successful ADU project, and I’m going to list many of them here.  If you’re an opponent of ADUs, you’ll want to keep those barriers in place.  If you’re an advocate, you’ll want to remove as many as possible.   But, I’ll argue, there are other forces at play besides the maneuvering and rule-writing of activists, no matter what side they’re on.  The local economy, and family dynamics, can easily overwhelm civic policy when homeowners consider creating ADUs. 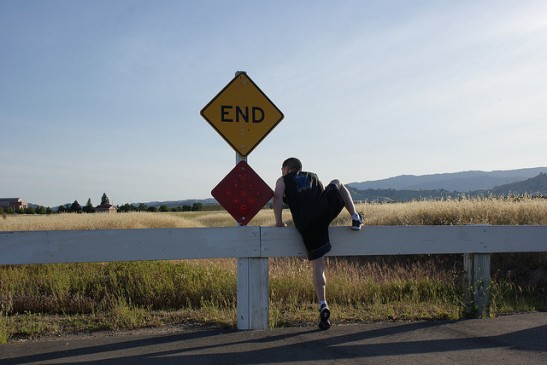 The conventional approach to the question of “What are the barriers to ADU development?” is to immediately jump into an analysis of government laws, regulations, zoning standards, etc, which I will lump into a single large category of barriers simply called the “Rules”.   Researchers like Antoninetti and Brinig & Garnett argue that even in places that technically “allow” or “encourage” ADUs, the Rules are sufficiently difficult to meet that the production of permitted ADUs is near zero.

I believe there is a lot of truth to that argument, but I also believe it’s a HUGE mistake to focus on the Rules as if they were the only thing that mattered.  First, it’s naive to assume that people will follow the Rules — in many cases they will simply create unpermitted ADUs.  Second, it’s equally naive to assume that if all the Rules were abandoned, a million glorious and fully permitted ADUs would pop into existence, like the desert after a rainstorm.  For better or worse, there are things besides the Rules that hold ADU development back.

To see how limited the influence of the Rules can be, consider two metropolitan areas.

To understand what’s happening in these cities, it’s helpful to go back to the data about who develops ADUs and why they do it.

The research shows that ADU developers:

The homeowner-developers of ADUs create their secondary dwellings for a mix of financial and family reasons:

In short, ADUs are an informal, “grassroots” kind of development that responds to very basic household and family needs.   Those household and family needs will continue to exist, and homeowners will continue to search for ways to satisfy them, no matter what the Rules say.  And when those needs get strong enough, or the incentives to build are powerful enough, ADUs will be created, with or without the Rules.

This explains the situation in the Bay Area, where housing has been infamously expensive in recent decades.  Many households would be glad to have some extra income — and some extra income is available to them, if they have a rental unit.  The rental market is tight, and anything halfway habitable can be rented out.  In such a situation, even normally law-abiding people are willing to skirt the Rules and create unpermitted ADUs.  This has happened so frequently I’ve heard of blocks in Berkeley and Oakland where practically every garage has been converted into an apartment.

On a more personal level, I’ve observed the same kind of thing happen via family dynamics instead of economic pressure.  Often a family has a special person they desperately want to house separately but nearby — for example a grandparent, or an adult child.  An apartment is created for them — in a wing, a basement, or a garage.  Some years later, this apartment is no longer needed, and becomes a rentable unit.  Permitted or not, it’s still there.

Personally, I’m not a big fan of unpermitted ADUs, especially as rentals.   I feel like their secret nature obscures the true economic value of ADUs, and I also know that many are substandard and unsafe.  I would much prefer rental dwellings to be inspected and permitted, and for secret lifestyles to come out into the light so that everybody can understand how people really live.

The situation in Portland is equally revealing — despite the relative paucity of Rules (no requirement to provide parking, no requirement for owner occupancy), a very tight rental market, and >140,000 eligible properties, permitted ADUs are still present at <1% of places where they would be allowed.   Even the recent “boom” in ADU construction is still a small fragment of residential construction activity.  One must ask, why aren’t there thousands more permitted ADUs in Portland?  If it’s not the Rules that are stopping ADU developers in Portland, what is it?

Again, it’s useful to remember who develops ADUs and why they tend to do it.  ADU developers are typical homeowners with economic and family motivations.  They are not, for the most part, rich enough to simply pay for a major construction project out of pocket, and they are not experienced real estate pros.  So it is no surprise that the survey of Portland ADU owners showed that the biggest challenges ADU developers faced were:

In short, ADUs are significant construction projects which take a long time to work through — especially for developers who are homeowners, and not experienced real estate pros.

With that as a way to put things in perspective, let me now list some of the many barriers to ADU development that have been mentioned in different sources. I’ll separate it into two parts. First, Rules that act as barriers, and second, barriers that pop up even when the Rules have been dealt with.  Feel free to chime in, in the Comments, if you can think of any additional barriers.

Rules like the ones above, Brinig & Garnett argue, can be sufficiently complex and daunting that they bring permitted ADU development down close to zero.

For the lucky or skilled homeowners who can satisfy or bypass these Rules, they have not yet reached the end of the gauntlet.  Other, non-governmental challenges await.

After listing all these roadblocks, I find it a little remarkable that any ADUs get built at all. 🙂

The fact that some do get built – and that a few of them are actually permitted – demonstrates the strong natural appeal of this kind of development.

For a homeowner, an ADU is a fairly simple, organic idea — to extend the property a bit by creating a nearby cottage for a grandparent, or an apartment above the garage that helps pay the mortgage.  It’s as American as Fonzie and Mr. Cunningham. But turning that simple idea into reality, even in the absence of strong Rules, is currently a major challenge.

ADU opponents might actually take some comfort in that fact.  Because ADUs are challenging to create, it is very unlikely that ADUs will suddenly become ubiquitous in any neighborhood.  Even in the extremely “permissive” city of Portland, where Rules are lenient, it will probably take decades more for ADUs to be present on even 5% of the city’s single family properties.

Meanwhile, ADU advocates might look at this list and decide to embolden their positions.  Because ADUs are challenging to create, small changes to the Rules are likely to have even smaller effects on the number of ADUs actually constructed.   If ADUs are actually meant to contribute to the quantity of housing in an urban area, and not just be token examples of a good idea, then barriers — both governmental Rules, and nongovernmental challenges — will have to be taken down wholesale.

That’s probably what it will take to finally, really make ADUs the next big thing.

8 comments on “What are the barriers to ADU development?”